Ijtihad (individual interpretation and judgment) is a kind of human
being rational activity which is developed maximally to produce an Islamic canon law (hukum syara’). According to some theories given by the Islamic scholars (ulama) stated that ijtihad can be used towards some problems related to the canon laws which have no neither any basic foundation in the Koran nor perceptional law (nash zhanny) yet. Ijtihad can not be used by every person, except for those who has capacity and integrity related with the Islamic law. The ijtihad movement has been started since the period of Prophet Muhammad, and then continued by his disciples, also by the after disciples even continued until this era. Inside of the Indonesian state system, there are a lot of social organizations involved in an effort attempting to apply the ijtihad system. For instance, Indonesian Scholars Assembly (MUI), the assembly of Tarjih Muhammadiyah, the assembly of NU with the system of searching for the roots problem (Bahsul Masail), and PERSIS by way of each Hisbah council. Every organization has each method and characteristic to take a law as the decision.

How To Cite This : 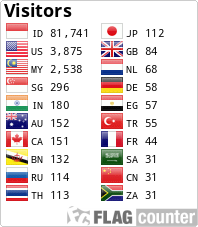